MFW: Marina Banović closes the event with a collection made for Montenegrin olympic team

– In the analyses of culture and tradition of Japan and its kimono I have searched for the connection between our and their national costumes and I believe I have found it through the form of our outfit džamadan and their kimono. What I find also important is that our team will be dressed in red, which is the colour of our flag, but we see that colour in the host’s flag as well, in that red circle – Banović said for Montenegro magazin.

The event was opened by Edita Nimanbegu Barović who presented the collection ,,Élysées”. It was dominated by asymmetric long and short clingy formal dresses in purple, cyclamen, brown, black, blue and green colour. They were completed with zircons and feathers, while a few fluttery dresses had puff sleeves.

Mia Đerić presented herself to the Montenegrin audience for the first time with her brand ,,Hera design by Mia”. The name of the collection was ,,Uroboros”.

Nada Koljenšić presented the collection named ,,Šobajići” that was consisted of clingy and fluttery formal dresses, long and short, with floral details in bright, pastel and dim colours, from green, beige, red, orange to purple, as well as the yellow two-piece outfit.

Božica Cvetković, within the brand ,,MB contur”, presented a collection for men and women, consisting of tracksuits in black, blue, green, red and gray colour.

The special guest in the parade was the musician Bojan Marović.

Russel Solomon from Nigeria showcased the latest collection ,,Red Rebellion” which refers to, as he said, a ,,moral army” of young, vibrant, awaken people who demand fairness and right to a dignified life from a long aged oppressive rule of dishonest older generations.

He had shown all this through rebel music and men and women walking vibrantly on both sides of the runway in beige and red two-piece outfits, suits, pants, black-red and red jacket and brown and checkered coat. The coats were complemented with long shawls.

The House of Fashion and Beauty ,,Zoran” was in charge of the models’ hairstyles.
The event was organized by the National Fashion Chamber of Montenegro and the impressions were summed by its execute director Srđan Lubarda.
– We are very pleased. We were pleasantly surprised by our designers who were really great. All in all, a successful night – Lubarda said for Montenegro magazin.

During the event, visitors and fashion lovers were able to view ,,Mercedes” models by the company Ljetopis Automotive. 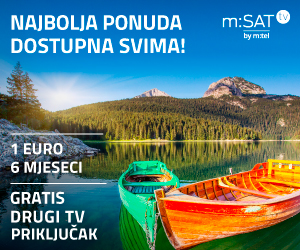